The day I got diagnosed with diabetes type 2 - ER visit

In this post I detailed some of the warning signs of diabetes that I had ignored for the longest time. After returning from back to back trips of excess, my wife urged me to get a general checkup again. Since we had just arrived to NYC some months before, she found me a good internal medicine doctor that was in my network healthcare-wise and I scheduled an appointment.

I specifically remember the day of my appointment I had my normal huge breakfast and picked up a big Arizona iced tea can as I got on my uber. The doctor was perfectly nice. The first thing he pointed out was that I was overweight, and he probably figured out this wasn't good when I told him I had started losing weight since I moved to New York. He allowed me to detail the little things I had experienced, asked me about my typical diet and after looking at my skin he did tell me he was suspecting I had symptoms of diabetes and he would run some tests. I gave my blood and urine and proceeded to head out to my new favorite pizza place nearby.

The next day I was in a conference call and a number that was not in my address book called. I ignored it, as I normally did with such calls. Some minutes later my wife called. She was almost in tears. She told me I needed to stop working and get to an emergency room immediately. I asked what's wrong, I didn't understand.

She explained the doctor's office had tried calling me but they weren't able to reach me, so they called her (I had left her as emergency contact). My glucose had come at 600, my triglycerides had come at 600, and my A1C was 11.8. "So?" I asked - "what's the normal range?"

I'll put three simple screenshots so you can see how bad my numbers were.

For blood glucose levels I've captured a screenshot from virginiamason.org 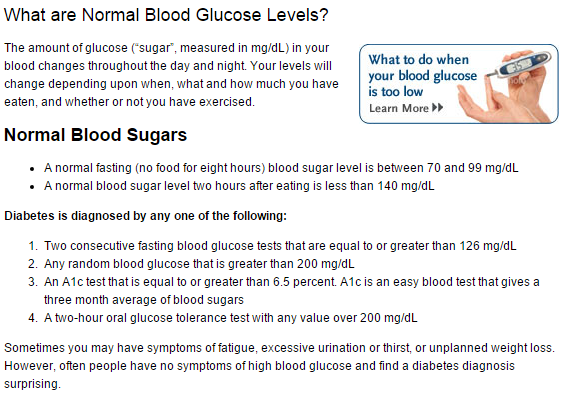 For triglycerides I've captured a screenshot from clevelandclinic.org

And for A1C I've captured a screenshot from nih.gov 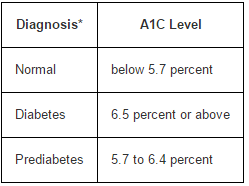 So you can see my numbers were terrible - multiples of what is considered bad. I told my wife I didn't feel bad at all and to calm down - but she would not have it. She told me stop being stubborn as usual and please listen to her. Her broken voice on the verge of tears finally broke me and I agreed to comply.

I hung up and called my boss, who totally understood and wished me the best. I set my ooto since I didn't know if this would be a multi-day deal. I heard the voicemail and called my dr back, and he advised me on what hospitals to go to, and stated that once my numbers were normalized he wanted to see me again to start treatment.

When I arrived to the ER and my blood was taken with a finger tester (didn't like that at all...) it came out at 330. Not as bad (I still think that Arizona iced tea did not help me at all) but still very high as you can see from the table above. Some hours later, my sugar had come down enough and I was started on Metformin twice a day - and I was now officially a diabetic.

Next post I'll talk about my thoughts and attitude after learning I was diabetic.
Posted by arielsanchezmora at 11/29/2015 02:34:00 PM